Here at Hungerford Arcade, we have many interesting dealers with a story to tell. Frances and Alec Jones have a unit at the Arcade and told us that recently they put their house up for sale! So what! you may say. Ah ha, but, this is no ordinary house.

The house is in the village of Wootton Rivers, set in the beautiful Wiltshire countryside. The village has many wonderful thatched houses and cottages and even a lock keeper's cottage.   The one we are going to talk about is called the 'Clock House'.

The Clock House is a beautiful Grade II listed building once owned by Jack Spratt, the scrap-heap clockmaker! The house was so-named when Jack made a clock which he put on the front of his house with only a '3' and a '9' on the dial. Above these was the word 'Clock' and below 'House'. So called because he made beautiful clocks out of scrap. Jack loved clocks, they were his passion from a very young age. He taught himself clockmaking by repairing clocks and watches for his friends. He had beautiful clocks all around his house, including grandfather clocks all made by his own hands! The most famous of which is the Church clock.

To commemorate the coronation of George V in 1911, the villagers decided the Church should have a clock, but because of the expense, it was out of their reach! Jack Spratt then stepped forward and offered to make the clock for nothing provided the villagers supplied him with all the material that he would need to complete this huge undertaking. This they did by the cart load! Huge quantities of brass, lead, bedsteads, gunmetal, pipes, old shell casings from WWI and anything else they could lay their hands on!

The Church of St Andrew is, as are most village churches, a very tranquil place and because of the trees that surround it, is quite difficult to see from the road but can be clearly viewed from the railway bridge. Just follow the narrow path through the piers where, long ago, gates once hung and you will find yourself being taken back in time to a picture perfect churchyard surrounded by farm land, open countryside, beautiful bird song and the peace and quiet that we all so very much desire!

The Church is sought out by many visitors to the village. Looking up at the wooden belfry, they see the famous clock made by Jack Spratt. Apart from the enormous feat of making the clock out of scrap and bits and pieces this is no ordinary clock! The clock has three faces. Two are normal numeric faces but the third, instead of numbers has these words around it 'GLORY BE TO GOD'.

In August,1931, not long before he died, Jack Spratt wrote a poem about his work.

“Where did you learn your trade?” hundreds asked of late, so here’s a short sketch of my doings to date.

The Scrap-heap Clockmaker of Wootton Rivers 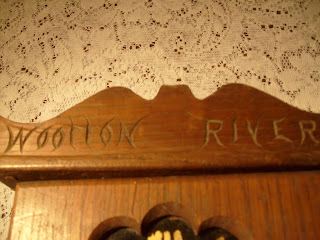 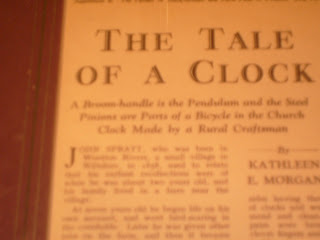 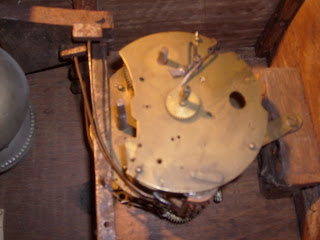 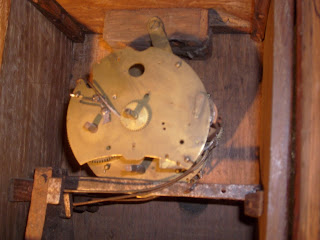 Posted by Hungerford Arcade at 17:32